“Children grasp first an item, then they grasp with their mind. So if they have very little to grasp other than plastic ready made toys, then what their minds grasps is very little. The toy, it automatically moves.  Children can only be kind of astonished by that. So there is is loss of understanding of the value of things. Of the meaning of things.”

Swedish spoon maker, 1923. How many times do you have to do that before it’s that good (and quick!) each time.

A bit newer video here, although the plant was founded in 1897. America’s last full steam powered Planing Mill at Phillips Brothers Sawmill located at Oak Run Ca. This is a sort of artsy look at it. if interested, a 20 minute video tour is here.

A concussion, a couch and Netflix.  Here’s two things I liked. 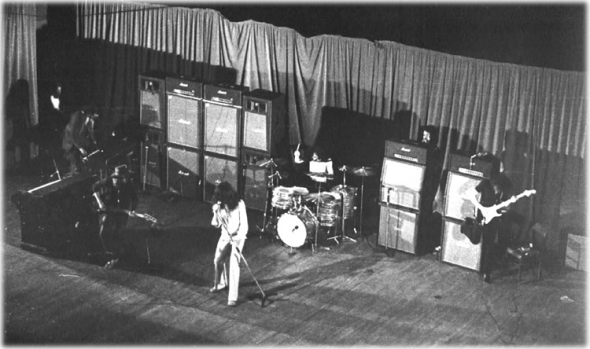 As a 9th grader,  I regularly cranked up my tiny Peavey amp to play ‘Smoke on the Water.’ I bought the amp at Yancey Music Center and I remember upgrading to the larger one at some point – it had a bigger speaker and the back of it said 75 watts.  Taking turns wreaking havoc on E pentatonic solos with friends in my parent’s garage. Over and over again.  … And over again.  We didn’t know how to play the verse or chorus, just that one riff. Now I know we were playing it in the wrong key and playing it wrong, but it sounded heavier our way anyway.   I actually only knew the version as it was played on the ‘Live in Japan’ LP.  The riff was simple enough to trade with the drummer so everyone got a turn trying a bit of everything. I would say ‘the poor neighbors’, but we only had about four.

This quick documentary goes over how most the songs on ‘Machine Head’ were made; a mobile studio doing takes here and there while touring mostly. It’s an even mix of live footage and more recent interviews.  Covering the artist process, each musician’s background and what sort of things each person brought to the table. It’s helpful to learn about it and hear it again for the first time. I still think ‘Smoke on the Water’ would sound better in rural Florida, played wrong through 75 watts, but that’s just me.

I don’t know much about skateboarding – more than most people who grow up on a dirt road I guess.  Over the years through music scene stuff, I’d pick up bits and pieces about skateboarding culture, and sort of tangential to some record or band.  That, combined with the 12′ x 10′ steeply sloped bit of concrete driveway I grew up with, and the fact that I had a skateboard, means the subject of the film was relate-able enough.   Actually, in college (surrounded by pavement and parking garages), someone gave me a skateboard.   I could get to class on it, and go down parking garages really fast.  The film didn’t cover these awe inspiring feats, but it was  inspiring to learn about the skate team and each members’ style. Actually, the differences in how they went about learning or creating new things – literally inventing tricks that become the basis of the sport today, was so varied. I loved it.  A great view into unadulterated skateboarding; before it was anything resembling a career or something you could do for a living.

Now that Mabel’s got a small bag of candy, it’s time to start trading.

Looking for a new hobby?

And have lots of free time?

Here’s a early one.

A little Friday night, a little Saturday morning. In between things like pressure washing and walking with Mabel.  The butternut carves nicely. 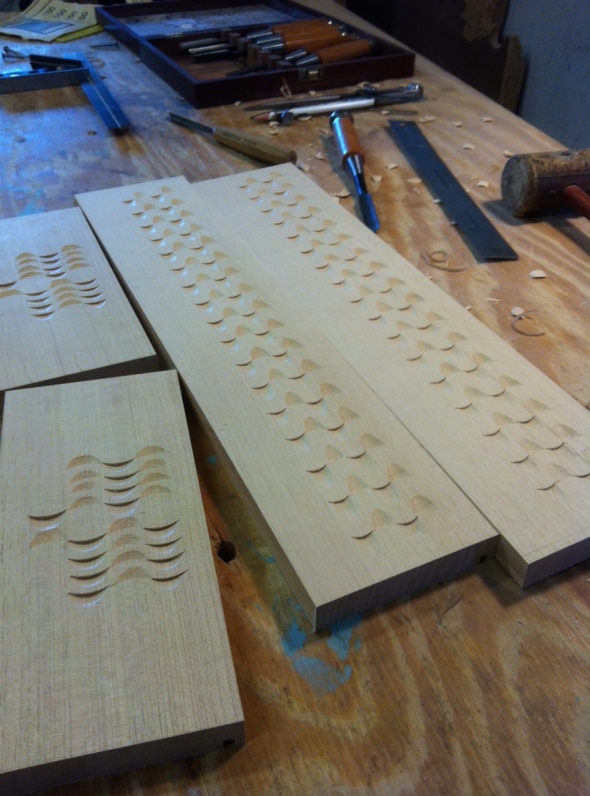 Not long after I carved these sides, I made the bottom, mitered the corners, and glued it up.  The chamfer on the top and bottom outside came after, to try and take away from it looking so bulky.  I left the wood thicker as a precaution since this sort of carving is still pretty new to me, and working with this wood is very new to me.  Next time the panel will be thinner.  I’ll probably do a chamfer on the inside too.  Then comes a top. 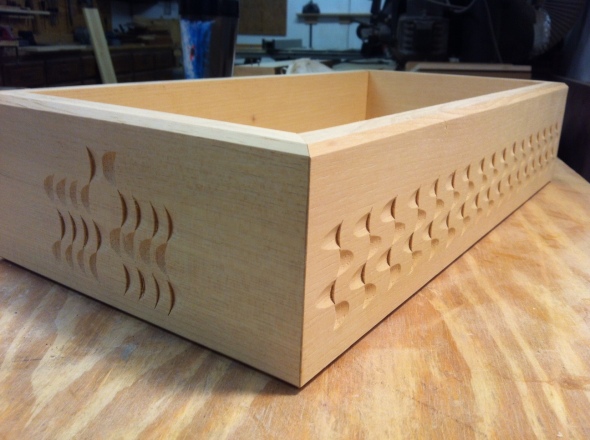 Amber got me this DVD for my birthday.  I finished watching half of it so far. Neither of the designs above were from the DVD, but it’s been helpful so far for technique and ideas. A design straight from the 17th century is next time.

‘A Museum of Early American’ Tools by Eric Sloane.

I picked this up on vacation and it’s great. A skinny little book covering a large history of tools and how they were / are used.  The drawing a very details and the descriptions and summaries are great.

In fact, most of the book is available online.  So turn through a few pages now…

The other book I’m reading right now it ‘A Handmade Life; In Search of Simplicity’ by William Copperwaite.

And here’s a video bringing together excellent beardmanship and educational workmanship.

Book burning would get just about anyone’s attention, right?

When a .7% tax increase seems too large a burden for a town, a clever PR campaign saves the day.  This should be required watching.

A quick photoguide of Josh's finished woodworking projects is here.